Techcabal just broke the awesome news that Konga just raised 25 million dollars.  That itself is a big story, but looking closer, what is the bigger gist.

Let us pay a little attention to the financiers. Here is a quote from the TechCabal story

Beyond the fact that the round is skewed towards Swedish Kinnevik’s lead, we could not ascertain the structure of the deal, nor the resulting valuation. Preceding cash injections saw $3.5 million seed (Kinnevik) and $10 million series A (Kinnevik, Naspers).

Kinnevik is basically the lead investor and has great control.

Let us move back a few weeks to the story of the MTN – Rocket Internet/AIH deal. The owners of Jumia and co via Africa Internet Holdings

The partnership will result in MTN, Millicom and Rocket Internet each holding a 33.3% stake in Africa Internet Holding (AIH).

So Millicom and Rocket Internet control AIH with 66.6% and in turn Jumia.

So why mention Kinnevik?

Well, Kinnevik practically owns Millicom and yes they are the largest investors in Rocket Internet.

Kinnevik controls (technically you could argue) both Jumia and Konga and practically own ecommerce in Nigeria. That my friends is the bigger story.

Which brings me to a prediction for the next year I missed in my post yesterday. Konga and Jumia Nigeria will become one and will be run by Simdul Shagaya. With the co founders of Jumia rumored to have left, I do not think it is that far fetched.

PS. Let me introduce you to Cristina Stenbeck. The boss at Kinnevik. The most powerful person in the African Internet space.  She is 36 years old. *bows* 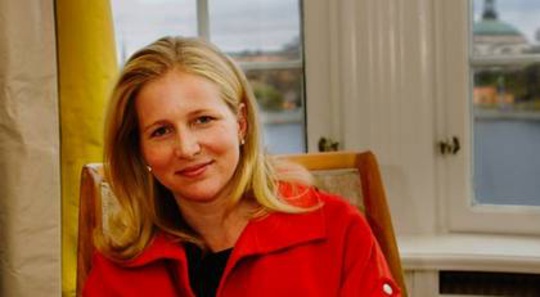