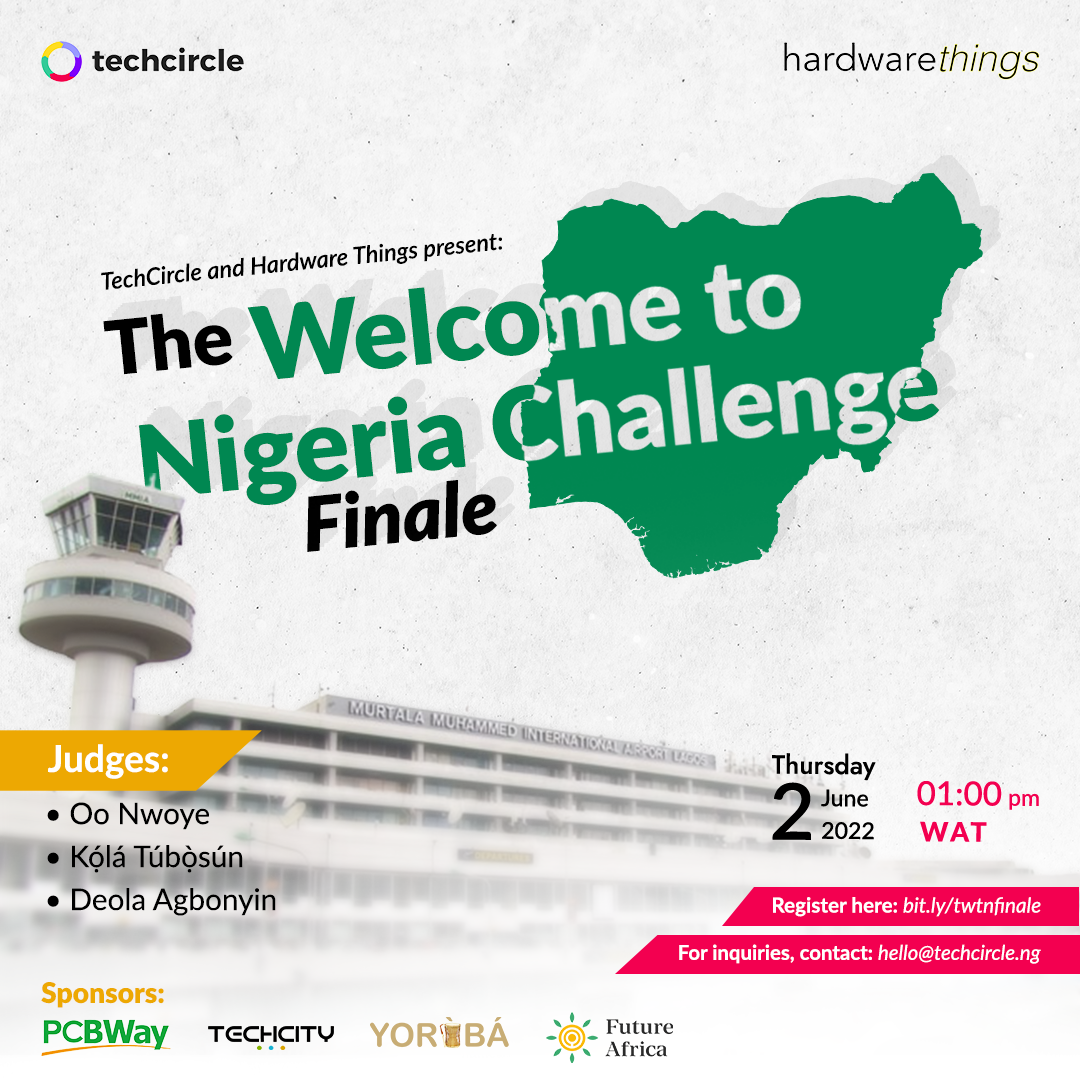 TL;DR: Sign Up for the grand finale for a Hardware competition that was inspired by Twitter trolling. It holds tomorrow at 1pm GMT

Late last year, I was scrolling through Twitter and came across a tweet by Kọ́lá Túbọ̀sún (I no type am na ctrl + c; ctrl + v) basically lamenting the fact that Nigeria, a nation so rich in languages, would welcome people to the country, exclusively in a language that is not among its over 350 languages and dialects.

I thought to myself, “you dey complain give people wey relegate their culturally rich traditional weddings, for the bland white wedding.. anyway, onto the next thing to lament about”.

Then I came across many tweets by folks that ranged from trollish and totally cluless and clownishabout the importance of the issue being raised,

to understandably pessimistic about how it could be solved : “If we choose X language, Y tribe will get offended.

This particular exchange was the best of the lot. Bloody hilarious.

But I was frankly irritated, so I decided to respond not only to show solidarity but also steer the conversation to be more solution oriented.

But I thought this would be an opportunity to “get back” by perhaps solving the problem.

Then I remembered, I am quick to rally people, but finishing isn’t my strongest forte. This time around, I thought to do something different: collaborate BEFORE action.

I knew the problem lay in the intersection of linguistics and (hardware) technology. The missing piece was hardware. I found a way to rope in those I think could make this work.

I publicly conditioned it on Chuma – who runs Hardware Things, and Kọ́lá joining in.

I wrote a brief, shared it with them and all was good to go.

We split the tasks.

Chuma then got support in cash from Future Africa to the tune of $500, as well as $1000 from two other people in the ecosystem, in-kind support from PCB Way (who will be manufacturing the circuit boards and shipping from China for free) and secured a partnership with Techcity.

The competition was announced in February, and over few months, the teams came together and working remotely, were able to put stuff together.

And now we have reached the end of the competition where one of  three finalists will take the prize.

Why did you not just buy a screen, attach it to a computer that runs a script and be done with it?

I had a few thing in mind when this was initiated

Anyway, it is all done and we have three teams competing for the winning prize: $1500.

How can you help?