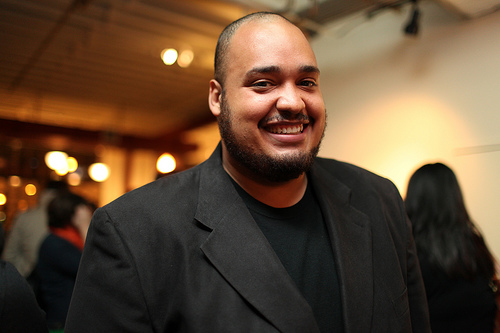 This was a very hard post to write. I wrote and deleted it several times. Reason being, issues about race  is complicated and can easily be misinterpreted and have an unwanted outcome. I eventually made my decision to publish after reading the post A Fix for Discrimination: Follow the Indian Trails by Prof Vivek Wadhwa on Techcrunch

Because of the complexity, I would like to make the following statements before proceeding.

Do you know of any renowned Internet company/startup with a black founder? (please note I specifically said Internet.)

Now my description of renowned will be subjective so I will explain what I mean. I mean an Internet company that is mainstream, known around the world, maybe used by millions and possibly profitable. From Google, to Yahoo, Twitter to Tweetdeck, to Posterous, to WordPress to BrightKite to PayPal to SlideShare to Skype to Spotify to YouTube to Amazon to Lastfm to DropBox to Facebook, to Hi5 to Farmville to any of the scores of web apps I use daily monthly or yearly (go ahead and add the web apps you use). I do not know of ONE with a Black Founder!*

*That was until I stumbled upon Michael Seibel (pictured above), the CEO of Justin.TV. I wrote most of this post before I found about him on a Black Enterprise (not mainstream) website. Most of my arguments remained unchanged.

Where I have checked for black founders

Why I rule out discrimination.

Although it is reported that In 2008, blacks constituted only 1.5% the Valley’s tech population, I would rule out discrimination. This is not a white/black issue, it is a Black-everybody else issue. The founder of eBay, Pierre Omidyar  is Persian, That of Admob, Omar Hamoui is Syrian. The founder of SlideShare is both a woman and an Indian so she is a minority (in US) on both counts. There are several other women and minorities (at least in US) that have been able to create world class startups too. Secondly, based on my experience in the UK, the ground is as level (racially) as can be.

Some of my observations.

There are certain fields where a race dominates, like blacks do in rap music (but they have my man Eminem) Whites in Rock music and Winter sports

Here is my counter argument: Their audience is dominated by that race (based on cultural and geographical reasons). The same cannot be said for the Internet. EVERY RACE USES THE INTERNET EQUALLY

There are historical inequalities that have put blacks on the back footing.

I agree that historical issues might be at play in some of the educational imbalance but I have to disagree that is the case on the web. The Internet is the only medium that has allowed people from any background to make it big on the web; it is one of the few places meritocracy plays it big. Asides that, there are quite a lot of stories of foreigners who arrived the US rather poor and unequal. Take the examples of  Gurbaksh Chahal and Indian immigrant and Max Levchin a Ukrainian Immigrant who are founders of BlueLithium (which sold to yahoo $300 million in cash) and PayPal (which sold for 1.5 billion) respectively.

It interesting to note that there are black people that have very high positions in internet companies. David Drummond is the Chief Legal officer for Google, Trevor Johnson is the Head of Strategy and Planning at Facebook, Tristan Walker is the star VP of business development at Foursquare Not counting the thousands of great black programmers in Facebook, Google, Yahoo, etc. There are numerous black successful entrepreneurs like Farrah Gray so why not the internet?

Should there be a quota system for startups with black founders?

No. For a better explanation read this letter by T.J. Rodgers,

I really do not know which is why I am raising this. Prof Vivek pointed out that the Indians have a mentorship system Contrast that with the mentorship system for Indians (The Indus Entrepreneurs) in place where people like Vinod Khosla helped the younger Indian entrepreneurs). In the same article he put up a link for the black mentorship group in the valley (100 black men on Silicon valley). that is not too encouraging. Asides the fact that excludes women (at least in name). I cannot see any success story on the site. There are no events holding that would attract me as an ambitious startup founder.

This is VERY important to me.

As a black Internet startup founder (OnePage) I am well within my domain raising this up. I am sure I am not the only person that has wondered these same thoughts but it is only a black person that can bring it up with the least chance of it being misunderstood.

many years ago back in Nigeria when I first had the ambition of being an Internet entrepreneur, the first thing I looked for was a Nigerian doing something online whom I could aspire to emulate, there was none. I later discovered there was not even a single black man. Contrast this to music where there are people like Jay Z to look up to. People may not realize the importance for young people in having a role model (near or distant). It is quite tough when you observe ‘your type’ has not successfully travelled the road you are about to begin a journey on.

Are There Renowned Internet Startups With Black Founders?

People I would really like to get a response from

92 thoughts on “Race and Technology: Are There Renowned Internet Startups With Black Founders?”